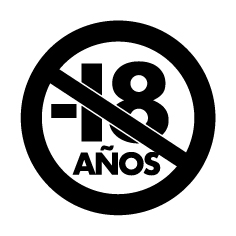 Prevention of cardiovascular disease through nutritional supplements is growing in popularity throughout the world. Multiple epidemiologic studies found that moderate consumption of alcohol, particularly red wine, lowers mortality rates from coronary heart diseases (CHD). Chronic inflammation and atherosclerosis associated with CHD culminate in aberrant intravascular expression of tissue factor (TF), which triggers blood coagulation leading to thrombosis, a major cause for heart attack. We showed earlier that two red wine phenolics, resveratrol and quercetin, suppressed TF induction in endothelial cells. In the present study, we investigated efficacy of seven resveratrol derivatives, which were shown to be effective in regulating cancer cell growth in vitro at much lower concentrations than the parent compound resveratrol, in inhibiting TF induction in peripheral blood mononuclear cells (PBMCs). We also tested possible synergistic effects of resveratrol and quercetin with the other major red wine phenolics in suppression of lipopolysaccharide-induced TF expression in human PBMCs. We found that several resveratrol derivatives were 2- to 10-fold more efficient than resveratrol in inhibiting TF induction. Our study found no evidence for synergism among red wine polyphenolics. These data suggest that structural alterations of resveratrol can be effective in producing potent antithrombotic agents that will have therapeutic potential in the improvement of cardiovascular health and prevention of CHD. Among major red wine phenolics, quercetin appears to be the predominant suppressor of TF induction.